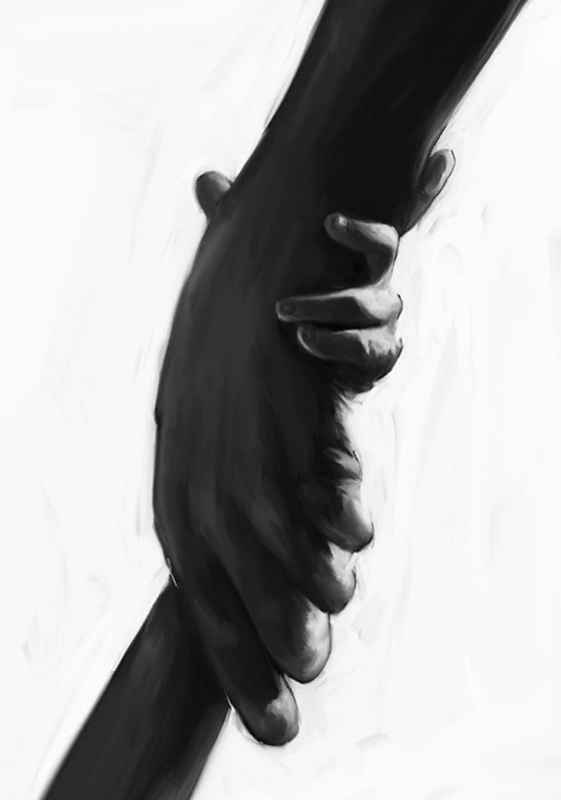 The opportunity to make imagery for writing as incisive as Hugo’s is rare. So for me, it was clear. The sequences needed to resemble broken memories, be spare in its look and only say what it needed to say; removing everything else. It felt right to pool sources of reference and inspiration together, generating a fragmented quality that gathers the drawing and painted art together within its restless and unsettling style.

Animation depicting events around the Rwandan genocide and its aftermath, imaginatively interpreting violent and tragic events – events where, as one character puts it, ‘words would fail’.

Steve is a master craftsman & artist. In a career that has seen him craft stunning animation for the Disney features “HERCULES” and “FANTASIA 2000” – not to mention creating the hugely successful “MR BEAN” animated series for Tiger Aspect & Richard Purdum Productions. Steve has directed and animated a huge range of commercials at AKA including TELE2, NICKTOONS, UKTV & ORANGE, GREEN FLAG, LLOYDS TSB, GREENIES & the utterly charming SING UP.

More recently, Steve has been crafting the new TSB characters and exploring the outer limits for Hyundai …

Steve is also currently developing a selection of longer format and illustrative projects.

Aspire to the Sky

Aspire to the Sky

From a rainy night

From a rainy night

A Most Savage Beast

A Most Savage Beast

Sweetness in the Shadows

Sweetness in the Shadows