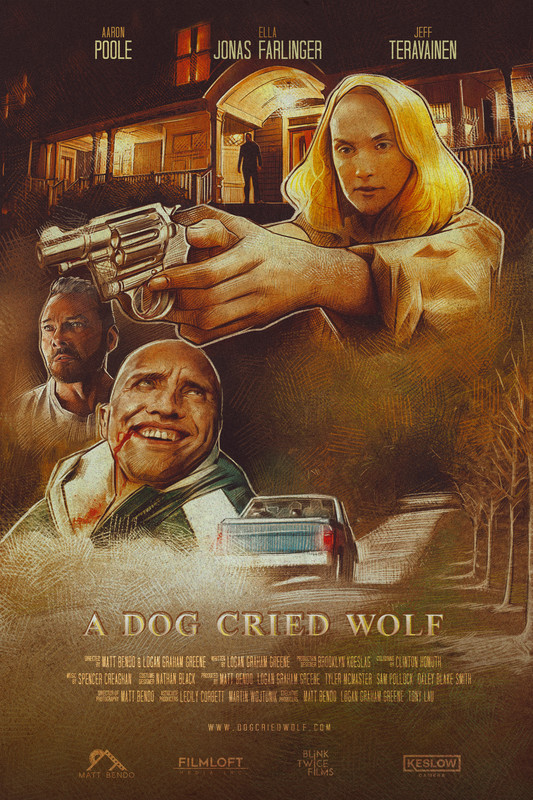 A coming of age tale following a young country girl (Holly) who’s recently lost her mother, and in the process, is forced to find herself. Holly’s father has all the while taken the death of his wife in a self-destructive direction and has gotten involved with some bad business. Holly, being caught in the middle of a deal gone wrong, finds herself caring for a wounded man in secret – who eventually becomes more of a father figure than her real father ever was.

Matt Bendo is an award-winning Director and Cinematographer based out of Toronto, who has been nominated 6 times for a Canadian Society of Cinematographers Award. He’s a two time winner for “Lamborghini – Storm” in 2017 and “Kombat Arts – Legacy” in 2018. He is currently nominated for his cinematography work on “A Dog Cried Wolf” (narrative drama) and “Children of Today” (music video).

His maverick approach to lighting creates an upending visual style that has set him apart from his peers and has drawn the attention of sites like Cinema5D where Bendo has discussed his innovative cinematography techniques.

Passionate about world building, he strives to create powerful work that delivers chills. His experience as a Producer, Editor, and Visual Effects Artist, enhance his abilities as a Cinematographer.

He is accomplished in a variety of cinematic styles, having shot narrative, music videos, and commercials, some of which have amassed millions of views. His commercial work includes brands such as Coca Cola, Jack Daniels, Honda, and Microsoft.

Keep Thinking Of You

Keep Thinking Of You