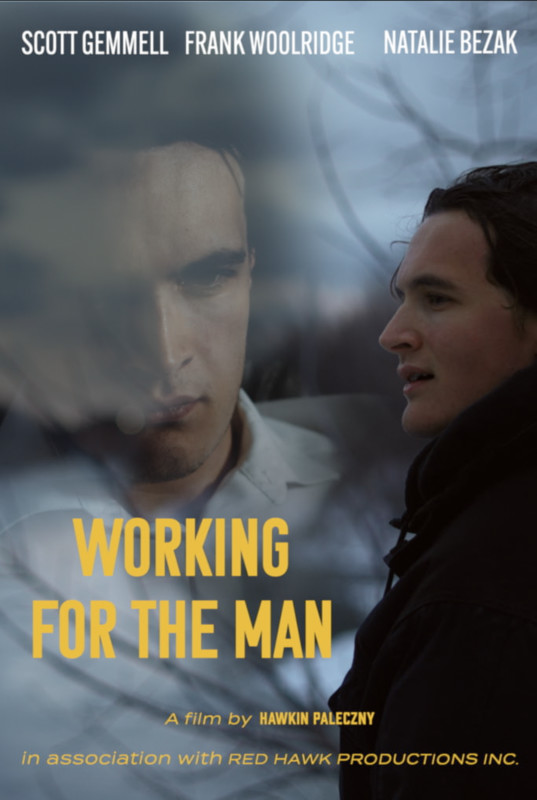 Working for The Man (Canada)

A young office worker who’s spirit is slowly crushed by the never-ending typical 9-5 lifestyle tries desperately to find a way to break out.

Hawkin Paleczny is an independent film maker and founder of Red Hawk Productions Inc. who was born in Saanichton, British Columbia and grew up on the Sunshine Coast, BC and Niagara Region, ON, Canada. Hawkin’s Directorial debut, the action film, Triumph screened at the CPCFSS 72 Hour Film Festival, winning Best Film and the Audience Choice Award. Hawkin shows a passion and drive for developing, creating, and delivering stunning visuals and high-quality professional videos from pre-production to post-production for commercials, music videos, short films and documentaries.

Working for The Man

Working for The Man

It’s all about swing

It’s all about swing

What Can Break This Echo

What Can Break This Echo